The BBC reports. Jenner takes a stand at a time when several states in the U.S. are banning women’s sports for trans girls. In Mississippi, the ban has already become law in March, though there are likely to be appeals.

From Italy comes the comment of Vladimir Luxuria:” The International Olympic Committee has established precise rules: the level of testosterone must not exceed10 nanograms per liter for a year, woman born or become. There are those who only do the interests of the conservative parties with which they are candidates”.

The HumanRights Campaign, thelargest in the U.S. to defend the rights of the LGBT community, believes at least 17 states are considering adopting a similar law. The GOP candidate’s opinion also attracts particular attention because of her sporting shocks: Caitlyn Jenner was one of the most successful athletes for decathlon in the United States in the 1970s, she won gold at the Montreal Olympics in 1976. Before declaring herself trans in 2015 she was married to Kris Jenner (Kim Kardashian’s mother) and the couple have two daughters, Kendall and Kylie.

Renato Zero: "Ddl Zan? I can't speak now because I'm not with my brain."

Ornella Vanoni comments on Fedez's speech: "You can't be more in agreement than that!"

Povia is writing a song entitled “There is no homophobia”: “In your opinion if the le… 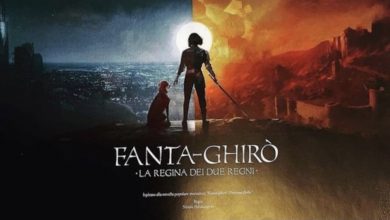