Fedez took the stage at the May Day concert and reiterated what he had announced on social media before his performance: ” This is the first time I have had to send the text of my speech for politicalapproval”. “This is something that has never happened” is rai’s reply was immediate. The rapper also addressed Prime Minister Draghi: “Dear Mario, intervene for the world of entertainment, as he did with the Superleague“.

The attack on Lega and Ostellari on ddl Zan:

“About Superlega, two words for the man of the moment, the ‘dozing’ Ostellari (Andrea, chairman of the Senate Justice Committee, ed.). He decided that a bill of parliamentary initiative, therefore maximum expression of the people, which has already been approved in the House as the ddl Zan,can be safely blocked by the desire for protagonism of an individual, that is, himself,”fedez says.

Fedez: “I have a 3-year-old son playing with dolls. I want a state to protection him” (VIDEO)

“On the other hand, Ostellari is part of a political group that over the years has distinguished itself for its great fight against inequalities “, adds Fedez ironically, listing any of the phrases that members of the Carroccio have publicly expressed in recent years on the subject of homophobia, in some cases even apologizing. The artist remembers phrases such as ” if I had a gay son I would burn him in the oven “, “gay victims of aberrations of nature”, “gays are a misfortune for reproduction” or “gay marriage brings the extinctionofrace”.

“Someone, like Ostellari, has said that there are other priorities at this time of pandemic, compared to ddl Zan. So let’s look at them: the Senate did not have time because it had to discuss the labelling of wine, the reorganization of the Coni, bilingual compensation to the police of Bolzano and, in order not to miss anything, the reinstatement of formigoni’s life”,continues Fedez. “Thus, according to Ostellari, Formigoni’s right to life isprobably more important than the protection of the rights of all and of people who are discriminated against daily until violence,” he continues.

Assessor League: “Fedez with enamel? My son would send him out of the house.” The rapper’s replica

Fedez, then, also targets the ProVita:” Speaking of the right to life, that of thepresident of the ProVita Association, the ultra Catholic and anti-abortionist, Jacopo Coghe,friend of the leghista Pillon, in recent months was the first voice to rise up against ddl Zan. The anti-abortionist, however, did not notice that the Vatican has invested more than 20 million euros in a pharmaceutical company that produces the morning-after pill – fedez says from the stage -. So, dear anti-abortionists, dear Pillon, you wasted too much time searching for the enemy outside and you didn’t realize that the enemy had it in the house. What a bad story,”he concludes.

Ddl Zan blocked, Fedez attacks Ostellari: “You’re not Beyoncé, you can’t do as you please” (VIDEO)

Rai: “Never asked for texts, never censorship” – “Rai3 and Rai have always been open to debate and discussion of opinions, respecting every political and cultural position. It is strongly incorrect and unfounded to claim that Rai has asked in advance for the texts of the artists who intervened at the traditional May Day concert, for the simple reason that it is false”, adds the company.

The reactions – “I love Freedom. I love music, art, smile. I love and defend the freedom to think, to write, to talk, to love. Everyone can love those who want, as they wish, as much as they want. And those who discriminate or attack must be punished, as required by law. That’s already the case, thankfully. Anyone who attacks a homosexual or heterosexual, a black or white person, a Christian or a Buddhist, a young person or an elderly person risks up to 16 years in prison. That’s already the case. I re-send Fedez back to have a coffee, rest assured, to talk about freedom and rights”. The leader of the League, Matteo Salvini,wrote on Facebook.

“The right to life and love are sacred, they are not discussed,” he continues. For me, even the right of a child to be born to a mother and a father is sacred, while the thought of the rented uterus and the woman designed as an object make me shudder. Just as, as a father, I do not agree that 6-year-olds are having gender ideology proposed in the classroom, or that games, songs and fairy tales should be banned because they would offend someone. Let’s not kid ourselves. Long live Freedom, which cannot impose by law to silence or try those who believe that the family, as well as the Constitution provides, is the cell, the nucleus, the heart, the past, the present and the future of the world”, he concludes.

“Fedez’s courage at the Concertone gives voice to all those people who still suffer violence and discrimination for who they are. The Senate has the same courage to immediately pass a law for which Italy can no longer wait. Thank you Fedez.” The PD deputy, Alessandro Zan, the firstsignatory of the anti-homophobia bill, wrote on Twitter.

The League’s communiqué – Before Fedez’s concert and intervention, the League had put its hands forward in a statement: “If Fedez uses the May 1 concert for personal purposes to play politics, trampling on the meaning of Workers’ Day, Rai will have to challenge the contract and let the unions bear the full cost of the event”.

“With 945,000 jobs lost in a year and youth unemployment at 33%, if Mr. Federico Leonardo Lucia really decides to promote his figure by attacking the League and the Vatican,it will be an insult to May 1st. Workers’ rights are not used to promote their image and make further profits. Rai cannot buy hate speech in a closed box and do not invoove censorship, because the rapper certainly does not lack spaces to manifest his thoughts, among other things also known to stones”, concludes the note. “This statement before I even take the stage is creepy. Can an artist freely express his ideas on a stage? Or should it come under scrutiny for politics?”, was the artist’s reply.

I go to the concert for free and pay my musicians who have not worked for a year and on stage I would like to express myself as a free egg without the artists having to send their speeches for prior approval by you politicians. His party cost us EUR 49 million. https://t.co/IJxg1QeH44

Stefania Orlando, Aurora Ramazzotti and the Arcigay attack Pio and Amedeo: "We are tired of ...

HORROR: Fedez publishes the private phone call with rai executives who wanted to censor the... 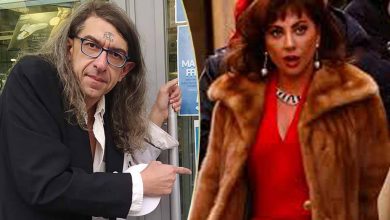 Paolini denounces Lady Gaga: “She will donate damages to charity to gypsies and ba… 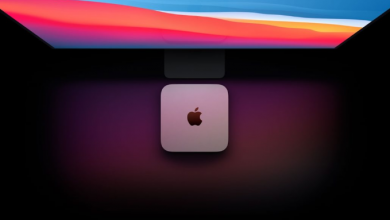 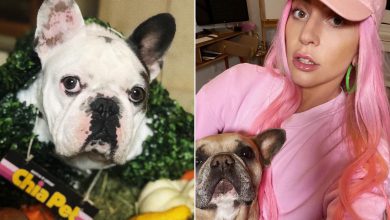 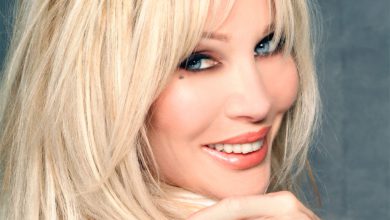