“You’re too fat to be a saleswoman here.” This was why a 24-year-old woman from Crotone gave up hiring in a shop in the city where she had been taken on probation.

To denounce it is the same woman through the pages of the biweekly the Crotonese that reports the story on the edition on newsstands this morning. Twenty-four years old, graduated, with already several work experiences in a call center and a store, the young woman also trained for the organization of events.

A few days ago she was called by a business in Crotone to which she had left her resume for a job: “When I went – she tells il Crotonese – the owner’s wife explained to me what I should do, she told me that there would be four days of probation, but without mentioning the salary at all”. The test begins, it is flanked by two other orders. He works all day without any problems.

Stefania Orlando attacks Salvini: “Why associate the rented uterus with gay couples when it is the straight who take advantage of it?”

When the owner arrives, the problems arise: “He asked me – says the woman – how I was and I replied that everything was fine. At that point he started to square me from head to toe, I started to feel discomfort. He first asked me if I was aware that there are stairs in that business. I still didn’t understand. Of course I knew I’d come up and down all morning. To my positive response then he pointed me to physicality with contempt and said that he did not believe I could do that job, that is to go up those stairs”.

“In those moments – he continues – and Iincredulous, appalled, I also thought for a moment that I did not understand, but I still found the strength to answer him and say that I did not believe that was his problem. He replied that it was not a problem for him, but that It was me who had to evaluate whether it was appropriate to stay and work there, since in his opinion, he reiterated, I could not cope”.

Madame recounts the traumas of her adolescence and the search for her identity: “Volleyball saved me” (VIDEO)

The girl, writes the Crotonese, the next day decided not to go to work again: ” I did not showup deliberately without warning, because I think they deserved it. They went to say now that the crotonesi boys do not want to work: those who have dignity do not agree to work under these conditions and must be proud of it. I’m not willing to be insulted for misery. I tell the owner to find someone willing to do it, but size 38.”

Arisa sings and on stage the love breaks out between her two little dogs: "It is thanks to one of my songs...

Diletta Leotta vents: "I'm not a man-eater, I want respect" 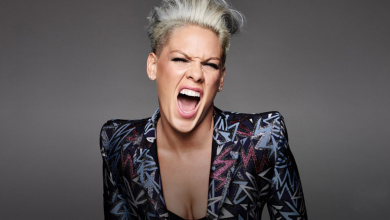 “All i Know so far”, P!nk returns with a live record and a documentary: the tracklist